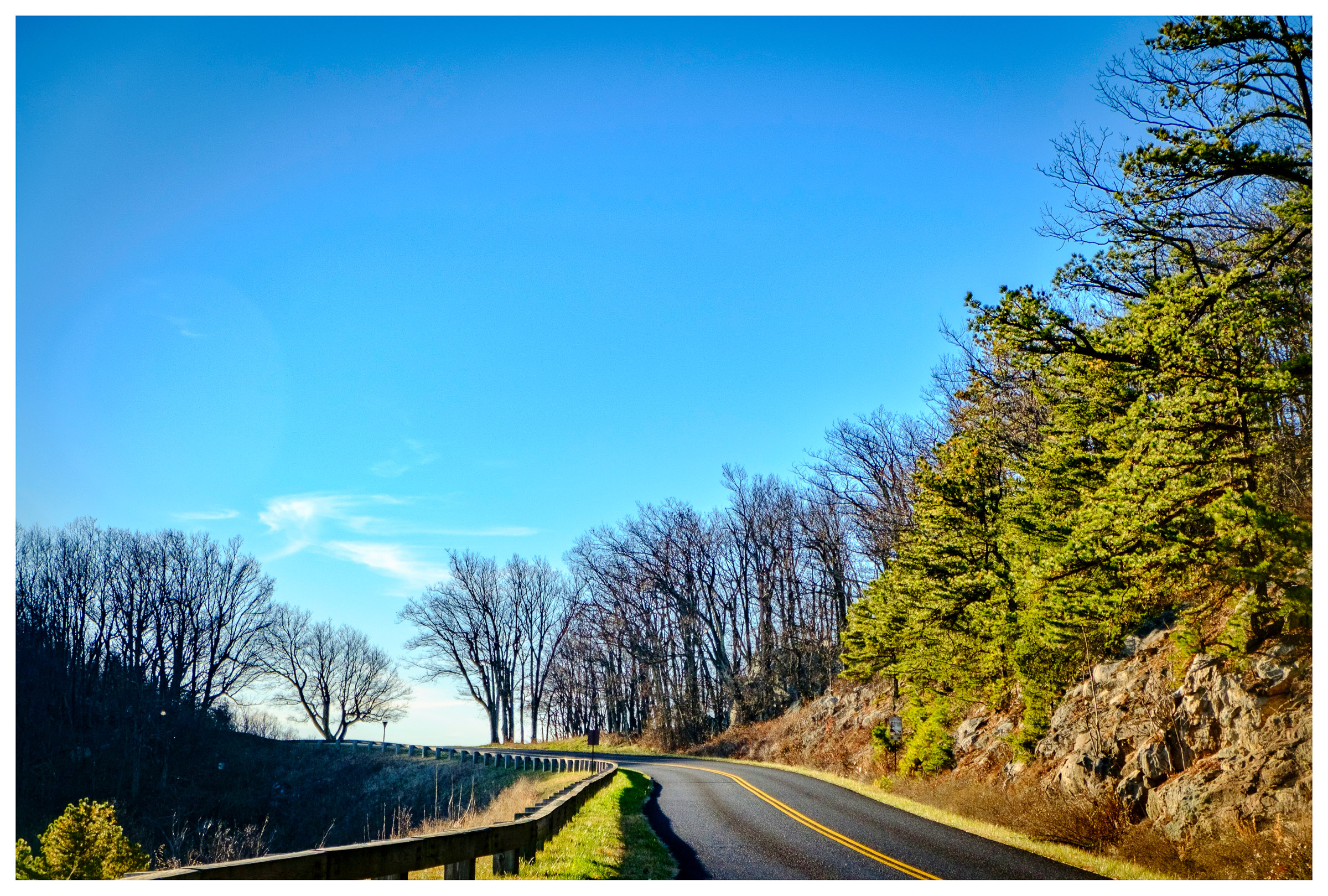 In Greensboro for a just over a week with a weekend in the middle. A beautiful, sunny Sunday so I decided to go explore the northern part of the Blue Ridge Parkway. Headed north to Roanoke in Virginia and entered the Parkway. It’s early December and cool but clear. Not many visitors except the odd motorcycle.

The mountains up here are not as high as down by Asheville but the views are as spectacular. Most trees have dropped their leaves and everything seems grey and brown under a blue sky with haze on the horizon. In some parts the haze is the colour of Nicotine and I suspect it’s smog.

Stopped for lunch at the Peaks of Otter lodge by the Abbott Lake, named in honor of Stanley William Abbott, 1908 – 1975, the first resident landscape architect and planner of the Blue Ridge Parkway.

On my way back to Greensboro I passed through the small town of Glasgow.

Warm days in early May

A quarter of a lap ago…