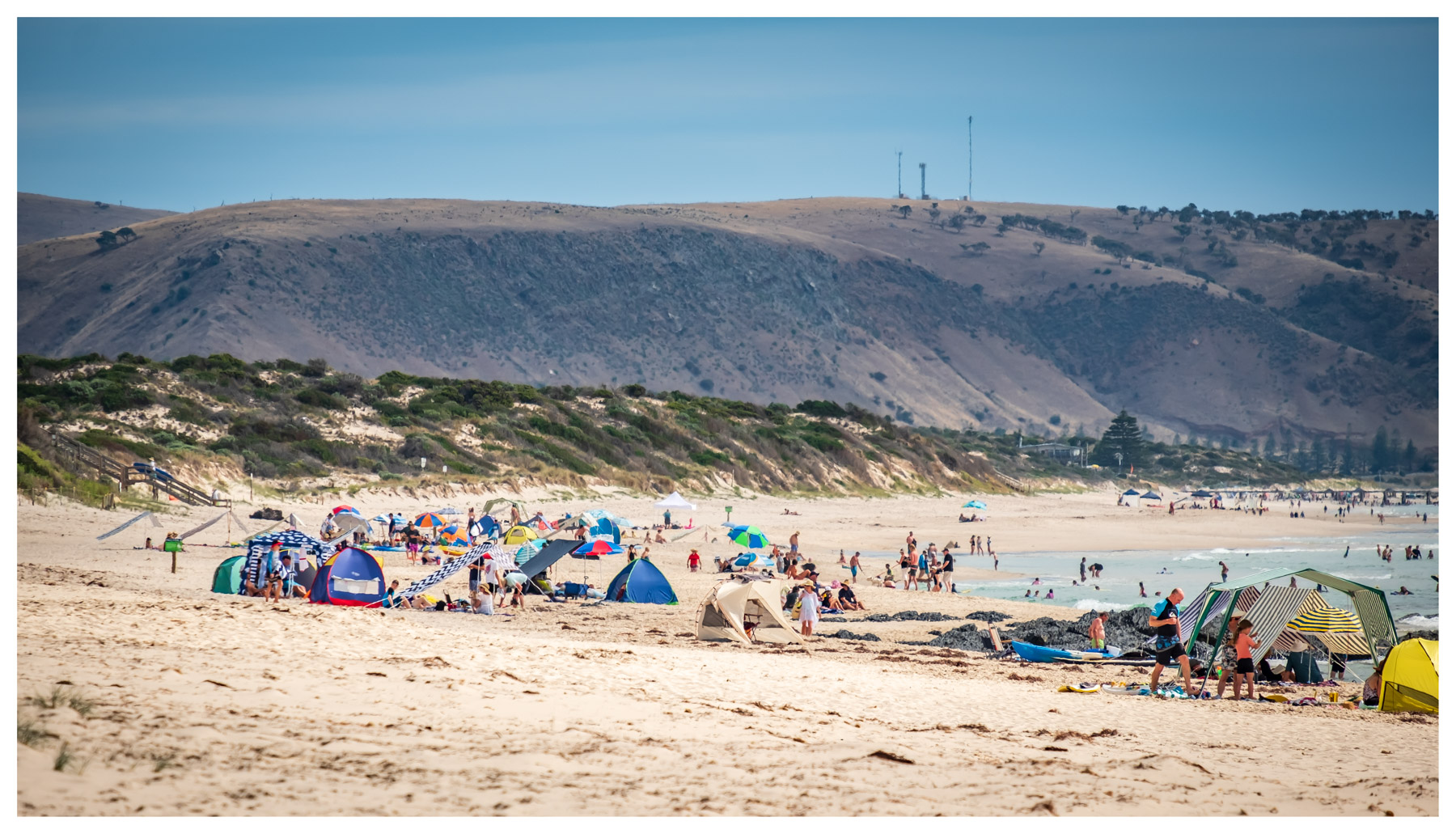 Not counting the days anymore. Feels like times goes too quickly if you count the days. Make the days count 😉

The meteorologists predicted a scorcher with temperatures in the forties. We decided for a bit of a family reunion down at “the farm” near Yankalilla / Normanville on the Fleurieu Peninsula. “The farm” is a property that my father bought in the mid seventies as a hobby farm / summer place. We’ve had sheep, horses and donkeys through the years but now there are only kangaroos and the odd feral deer. Cathy and Nick have built a house with a fabulous view over the hills to the ocean. We were 15 people and had lunch on the patio in the shade being fanned by a hot wind.

A Huntsman spider of considerable size (asked someone to put their hand next to it for scale but had no takers) showed up, probably woke him up from his midday siesta, and stirred up some primal fears. Pete, the bush expert, caught her in a container and moved her to a quieter spot.

Those who were inclined got the opportunity to do some skeet shooting. I took some photos but did not participate (I’m a pacifist anti-gun person). Then it was off to the beach (to wash off the smell of gun powder?). With Remi the Golden Retriever we went ot Carricalinga, the nearest dog beach. It was overcast and hot but the water was lovely and cool.

I am worried about the trend of increasing temperatures, more heatwaves, more bushfires and the evident effects of Global Warming, but as a contrast to the dark and cold in Gothenburg at the moment it is kind of nice. What’s even more worrying is the lack of concern by Australians politicians.