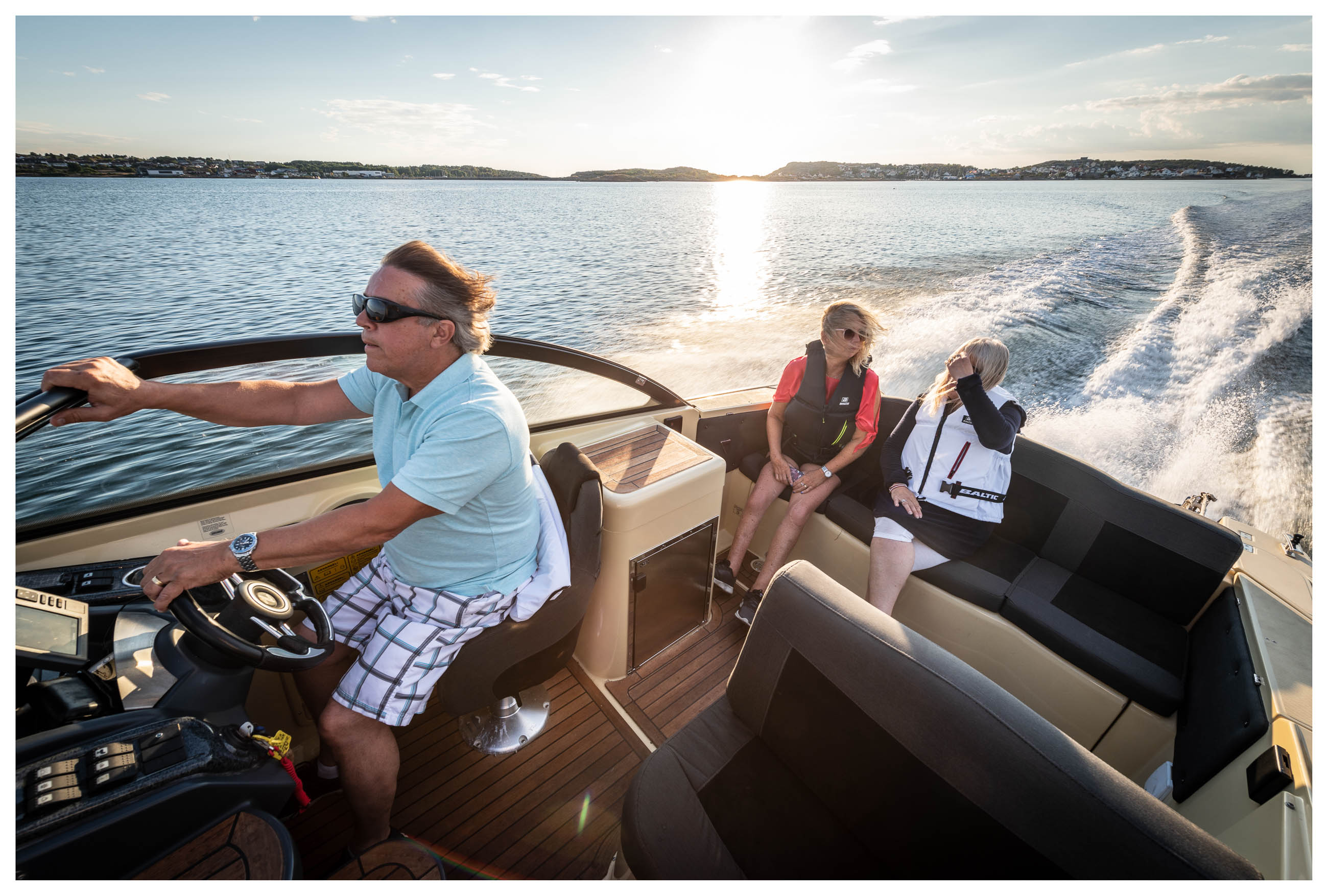 So the unusually warm and sunny summer continues. The lack of rain is wreaking havoc with the Swedish farmers and one can’t help wondering if it is Global Warming that is making its presence felt, or if it is just the extreme end of random fluctuations.

In ignorance of this we took a boat trip out through Gothenburg’s harbour, under the Göta Älv bridge, and out past the Arendal Container Terminal up to the island of Källö Knippla together with our friends and former neighbors Peter and Paulette in their diesel powered runabout.

A clear sky over the calm sea made it a fast and pleasant trip. Moored at the guest pier and walked to Brygghuset pub for some seafood and a beer (or two) in the sun. France was beginning the task of beating Belgium in Russia on the big screen by the bar. We had too much fun discussing the frailties of aging and other existential matters to care.

On the way back the sun lit up some thunder heads and rain showers over the mainland making for some spectacular views and some magnificent lighting to shots of Eriksberg from the river. We were dropped off where we were picked up; just a few short steps from home on Miragatan.

(The random fluctuations getting more extreme is most probably a consequence of Climate Change caused by human activity like burning fossil fuels, such as diesel)