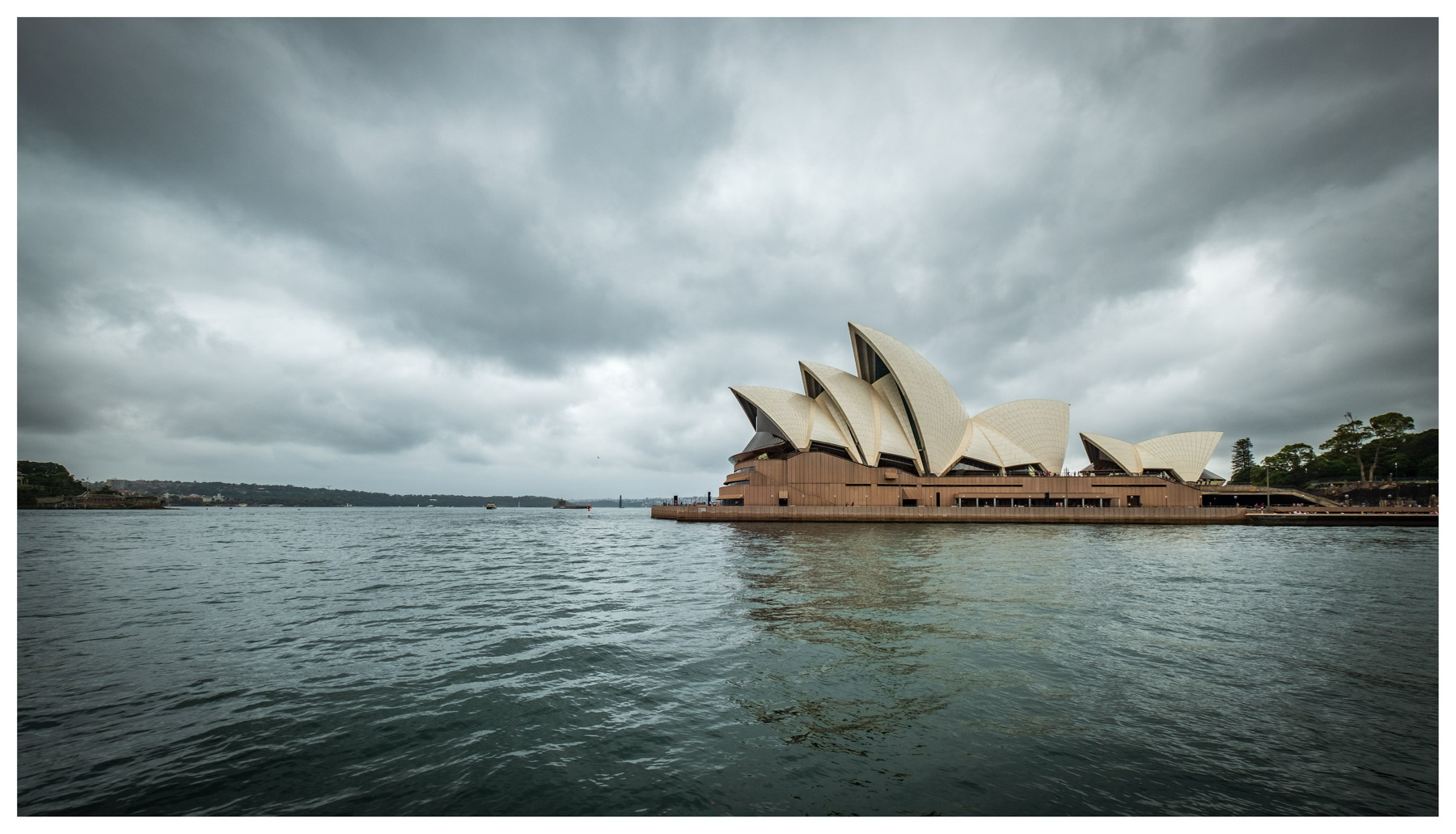 348 years after Captain Cook stepped on to Botany Bay it was our turn to meander around Australias largest city. Packed up our stuff from the Airbnb in Chippendale and parked the Kia van in Darling Harbour. We had been advised that the best way to see “Sinny” is from the ferry between Darling Harbour and Circular Quay so that’s what we did. Magnificent!!!

Walked around the opera house and marvelled at the Höganäs tiles specified by Mr Utzon, and the large number of people with selfie sticks taking pictures of themselves in various contortions.

Walked up to “The Rocks” and had a beer and a wonder over where all the shops and restaurants had got to that where here kast time I was here which was only like 40 years ago.

Drove up to Katoomba in the Blue Mountains to meet up with my brother who lives and works up there. The place was fogged in and it was difficult to see you own hand in front of you. Barbied some lamb at the Airbnb as a huge thunderstorm lingered in the area raining buckets and echoing across the canyons.