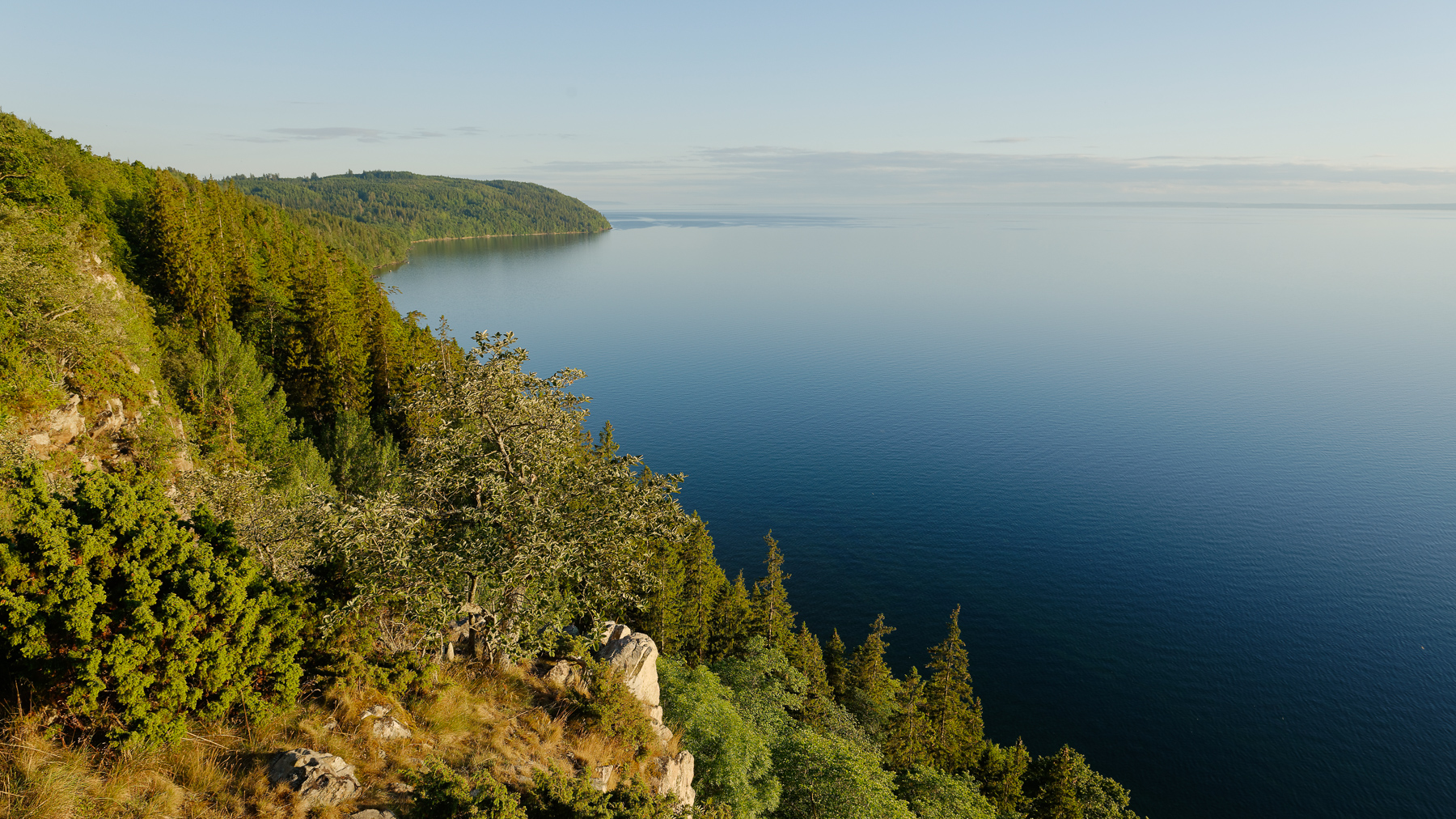 Sweden is fantastic. It’s also very long. 1572 kilometers long, from Smygehuk in the south to Treriksröset in the north. Most of Sweden’s population lives in the southern third of the country and have never seen much north of Uppsala, the seat of the Swedish church. It hasn’t always been like this. In the past there have been flourishing communities spread throughout the country with different kinds of small industries powered by the mighty rivers that flow down from the mountains in the west on the border with Norway.

A good start to the summer vacation is a roadtrip through Sweden. We decide to go north to the half way point around the town of Östersund. The goal is Hammarstrand and Ragunda on the river Indalsälven to see the area where some wonderful nature scenery for the SVT TV series “Jordskott” was filmed.

Day one takes us as far as the east side of lake Vättern and the Omberg nature reserve. We spend our first night in a hostel in Svanhals on lake Tåkern. It’s nearly 30 degrees when we arrive at Borghamn on lake Vättern and Roxy is quick to cool off in the water. The views over lake Vättern from the road through Omberg to Borghamn are spectacular. The hostel in Svanhals is next to a pig farm and the smell nearly turned us away when we checked in. However, by the time we got back the wind had turned and we sat and watched the sun set behind the barn from the hostel garden.