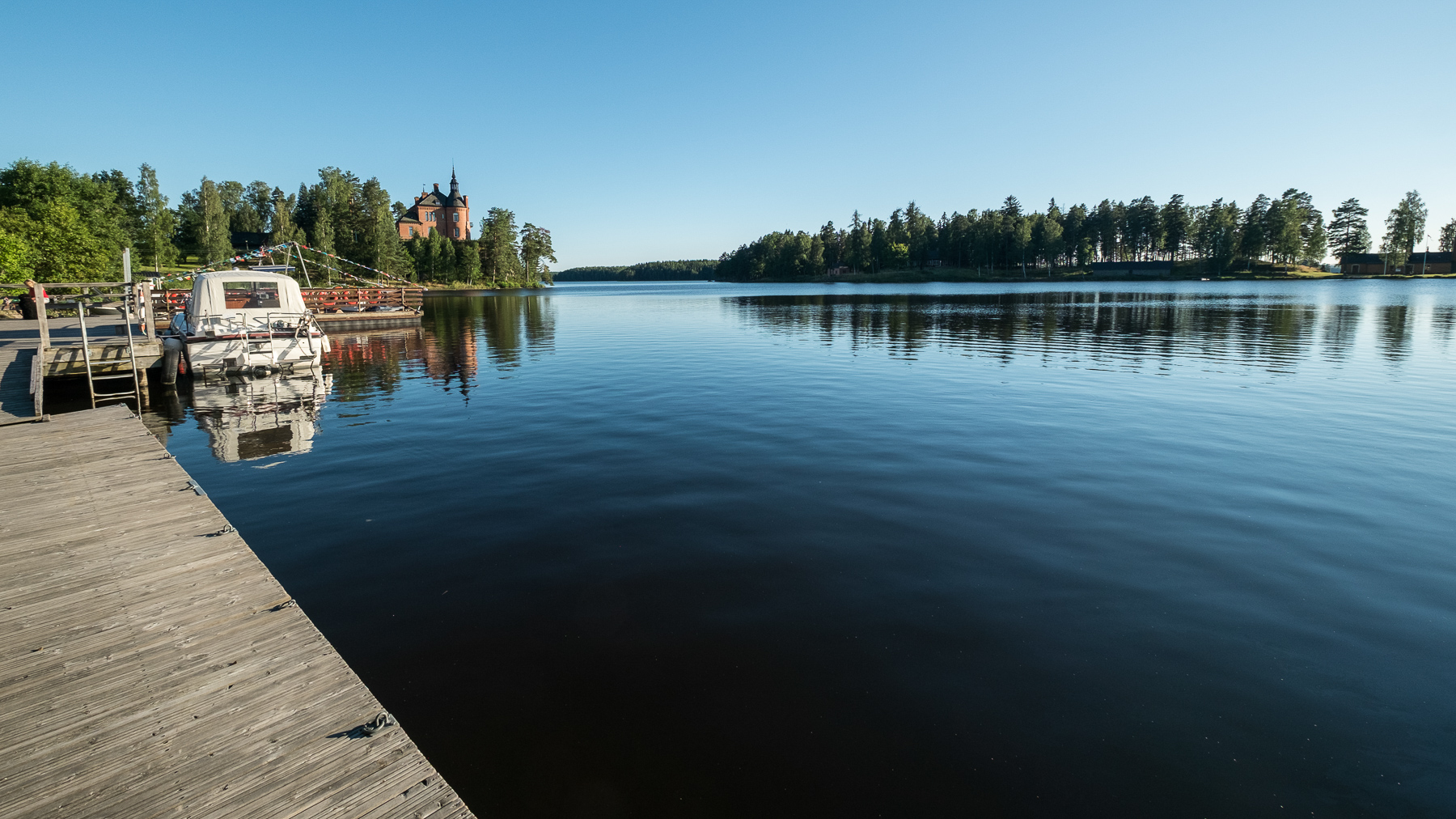 View over lake Åmänningen from the ferry jetty, Ängelsberg, Västmanland

We had a room with lots of single beds to ourselves. Breakfast was had in the garden next to the pig farm and the wheat fields. Luckily the wind carried the smell in the other direction. Lake Tåkern seems to be popular with Ornithologists, people obsessed with counting different types of birds. The other hostel guests were obviously bird people.

We stopped at Medevi Brunn, the oldest spa in Scandinavia, established by Urban Hjärne and baron Gustaf Soop in 1678. After 11 am it is possible to taste the water taken from the well by a girl with a cup on a long stick. It tastes like water.

A fika stop on a forest road off the highway and then on to Ängelsberg in Västmanland near Fagersta where we spent our second night at a hostel called Tallbacka overlooking lake Åmänningen and the Oil Island which houses the worlds oldest still functioning oil refinery from 1875. We walked around the Engelsberg Mill which is on UNESCO’s heritage listing. The temperature was close to 30 again and Roxy didn’t miss the opportunity to cool off in lake Snyten.