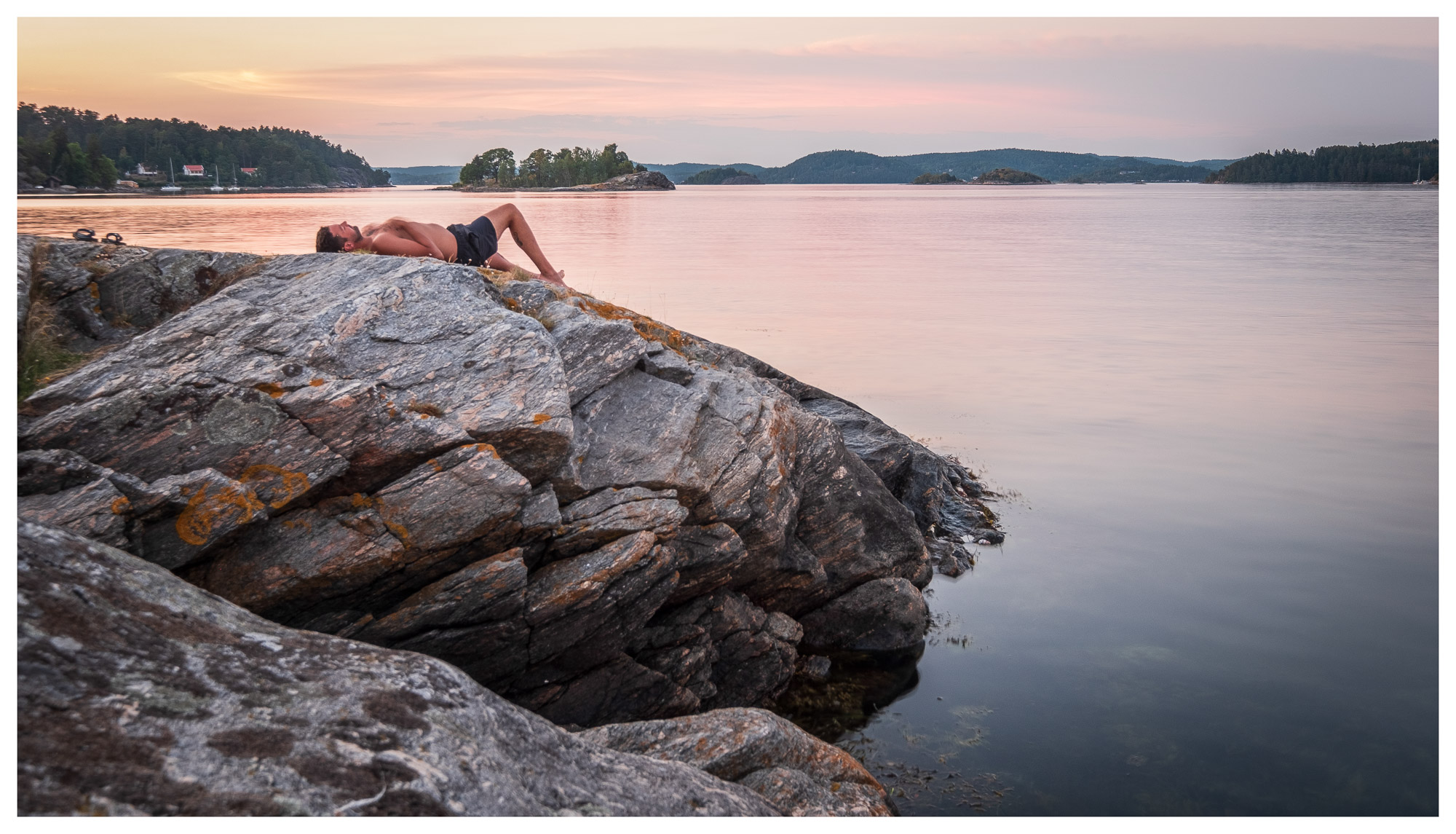 The unusual summer weather carried on regardless into August and the second half of our vacation. The mercury came close to hitting 35°C more than a couple of times. The vegetation dried up and turned yellow, the authorities imposed bans on barbecuing on private property, and huge forest fires rage around Sweden. Is this signs of Global Warming?

As seasoned Swedes, weary of long, cold and dark winters, we thrive on the sunshine, warm water and long, balmy evenings. We lap it up, Global Warming be damned.

A “Blood Moon” is expected in the evening on the 27th of August. It’s the earth eclipsing the moon and casting its shadow across its cratered surface giving it a red cast. It took a while for the moon to be visible through the haze on the horizon, but once visible it was an incredible spectacle.

When there was no moon a couple of weeks later I took the camera and tried to photograph meteor showers. Alas, no meteors, but some magnificent views of the Milky Way.