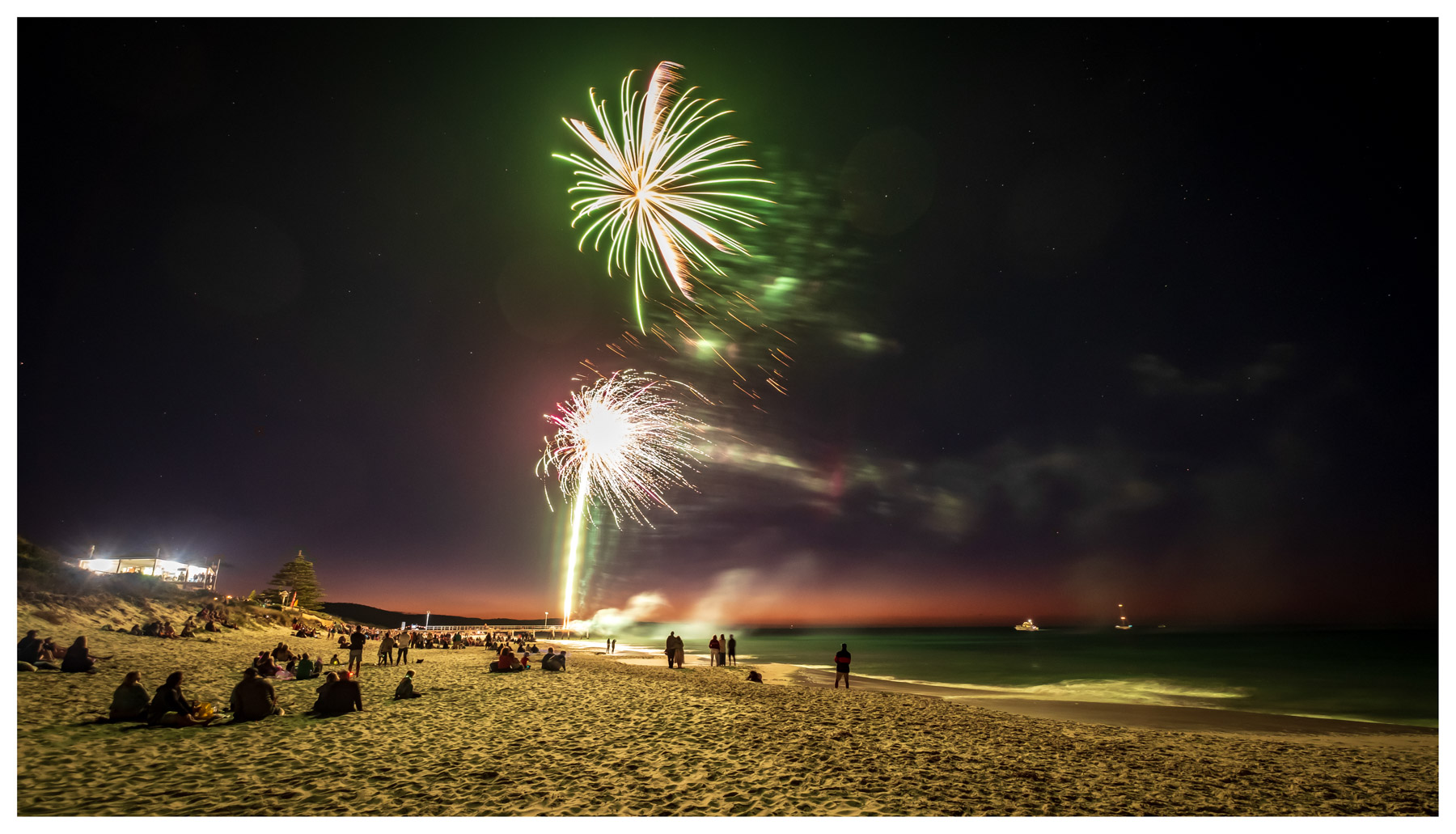 The last hours of the last day of 2018 was spent in Normanville on the Fleurieu Peninsula south of Adelaide. “The farm” is down here, out on Hay Flat Road. “The farm” is the property my father bought in the mid-seventies as a summer place / hobby farm. It is now in the care of my sister and her husband, and it is a fantastic spot for frozen, sun-starved Swedes to spend New Years Eve.

The evening starts with a pageant down the main street of Normanville ending at the beach. It is a fun and colourful event with numerous floats from local special interest and community groups. Some classic Australian automobiles took part including a classic HQ Holden Kingswood wagon from 1971, and an HT Holden panel van from 1969.

The pageant was extremely popular this year and the crowd completely filled the street and spilled down on to Normanville Beach to watch the magnificent fireworks from the Normanville jetty (fireworks are very restricted here because of the fire risk).

The moon rises after 2 am at the moment and the lights if Adelaide are quite far away so the stars in the night sky are absolutely amazing. It is almost possible to make out the Milky Way with the naked eye. Set out to try to photograph it and, in particular, the Southern Cross, the constellation on the Australian flag. I was not particularly successful but include a sample of my effort at the end of this post.

At midnight we jumped off the steps to the patio and into the new year, 9 and a half hours ahead of our friends and family back in Göteborg. Happy New Year to you all!!!