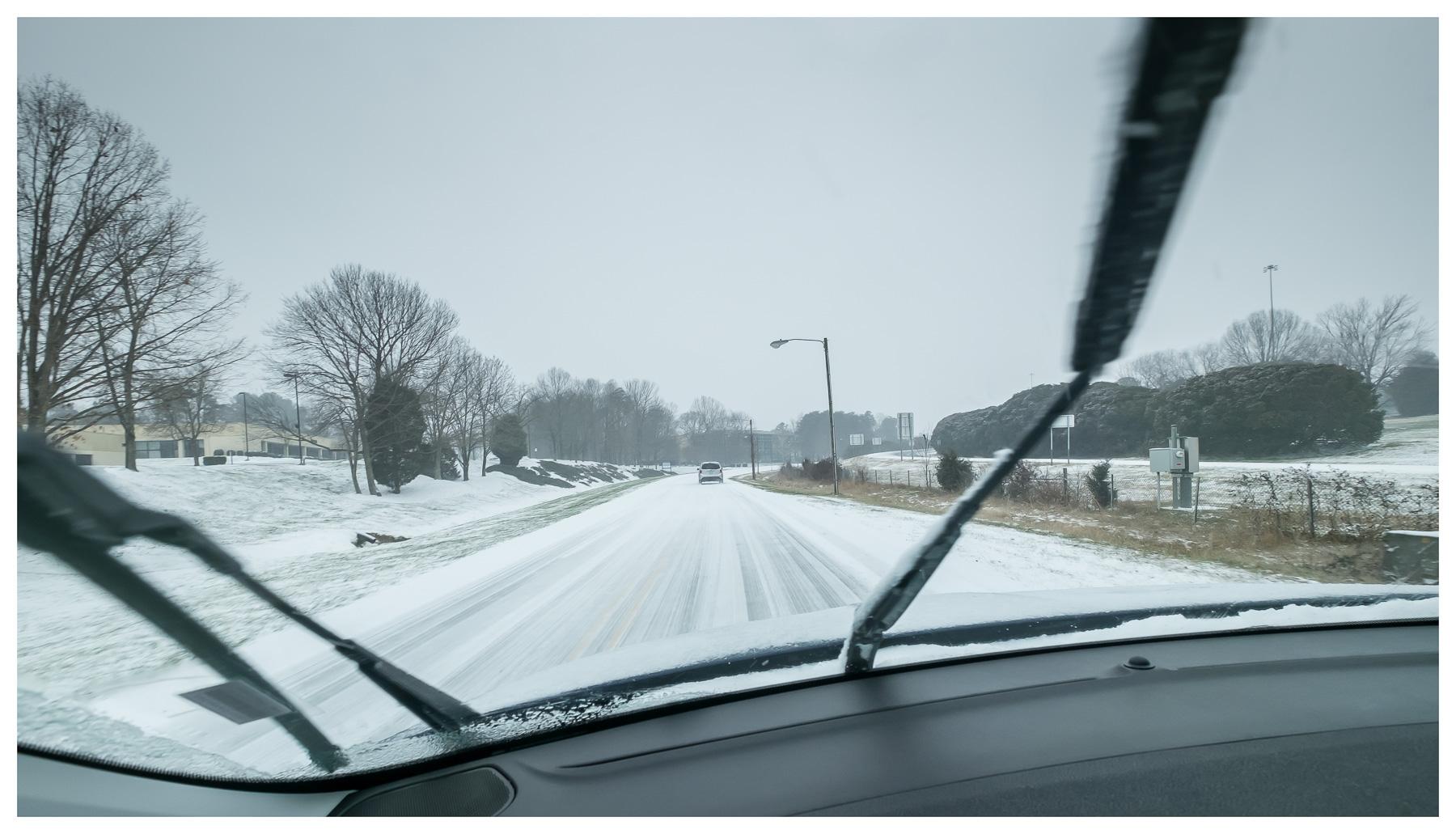 Returned to Göteborg from Greensboro after Snowzilla. Edited my photographs in Photoshop and decided to go for colour and detail. Greensboro looks just as desolate and abandoned in colour as it does in black and white, but then again it was. A state of emergency was declared and people were urged to stay at home, and they did.

The snow began to melt as I packed to leave. Small streams of melt water from the piles of snow formed thick, solid lines and patterns in the car park putside my hotel contrasting with the thin bare branches on the trees.

Weekend in the Appalachians