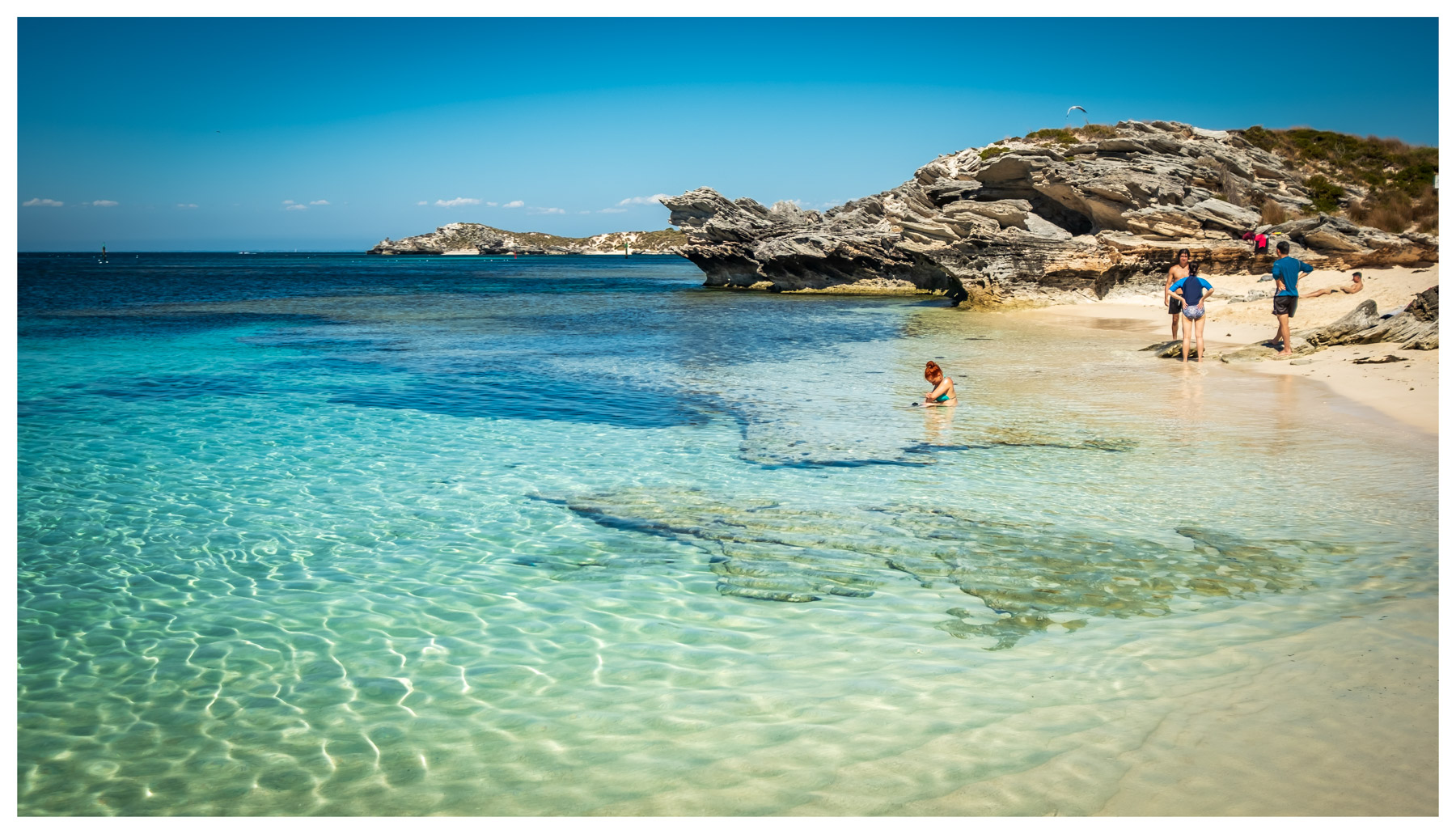 Wadjemup, or Rottnest Island as the Europeans have named it, is a 30 minute trip by fast ferry from Fremantle. It is a true paradise on earth and worth every cent of the not so cheap fare over. There are ferries from several companies leaving every hour and this time of the year they are packed with holiday makers and tourists. The island is owned and run by the West Australian government and is a national park. Even so it is quite commercialized with shops, bars and restaurants.

Accommodation is very difficult to come by so for us it was a day trip. Not sure exactly how the system works but I think you enter a kind of draw for the available accommodation by registering a year or so in advance.

The amazing thing about Wadjemup is that despite the hoards of people invading the island it only feels crowded in the main settlement, Thomson Bay, where the hotel, shops and restaurants are and ferries moor. Once on the Rottnest Explorer bus lapping the island in a clockwise direction, dropping off and picking up at all the bays, beaches and scenic spots around the island, it does not feel crowded at all. In fact, it is quite possible that you can get a quiet little cove along the coast almost all to yourself.

Some drama at the start of the day; when we arrived at “The Basin” to go for our first swim we were met by the sign: “Water closed, sharks”. Sharks had been sighted somewhere nearby and the beach closed while the waters where checked. After 30 minutes it was declared “All clear”.

Even though we arrived early and took a late ferry back to the mainland a day is not really enough. Our last stop before heading back to the ferry terminal was Little Parakeet Bay, a wonderful, secluded little bay between sandstone cliffs with the finest white sand and the clearest turquoise water. Felt like we had just played out our beach towels when it was time to leave.

Street photo on the boardwalk