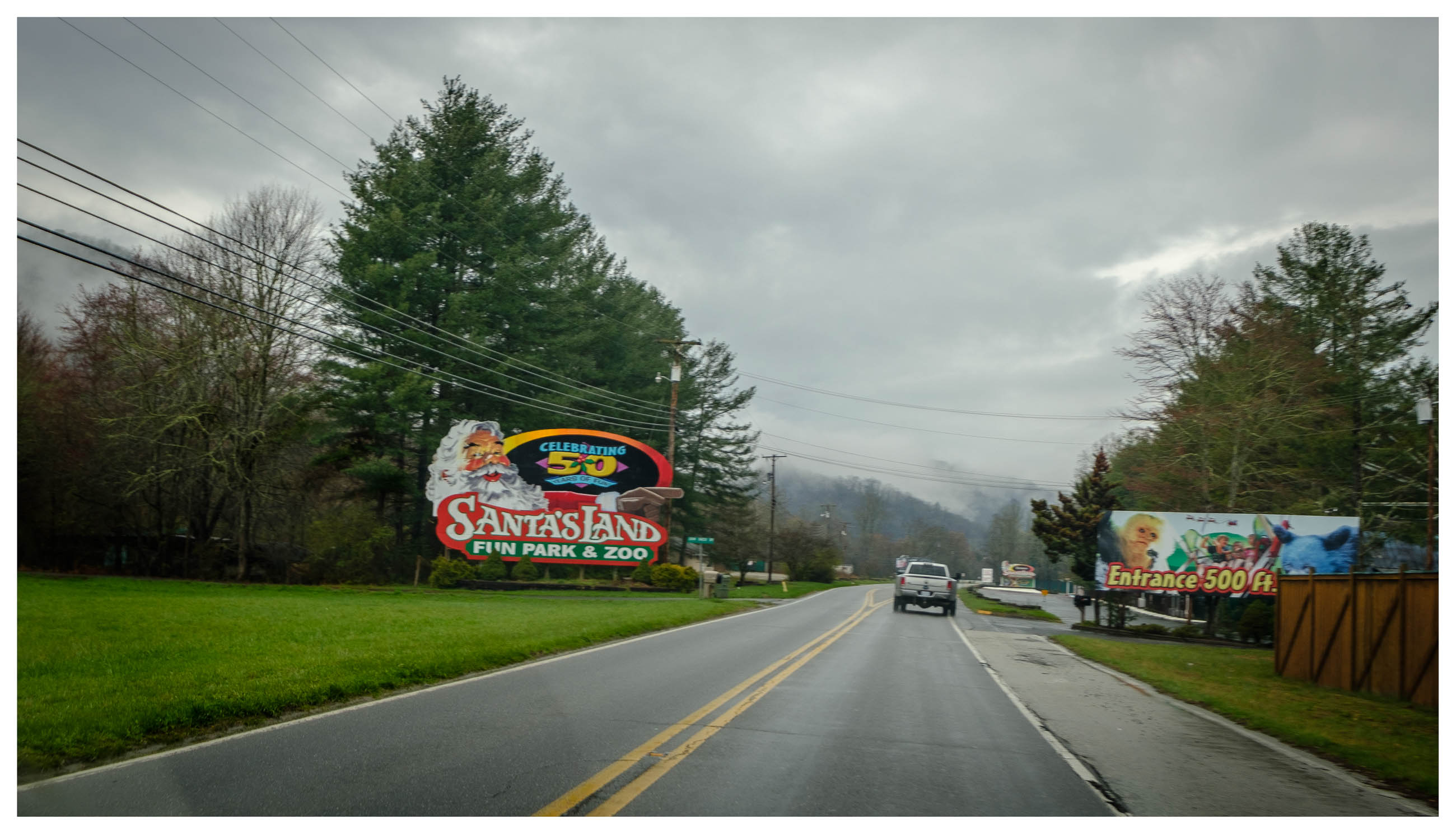 After a good nights sleep in Maggie Valley and a mountain sized breakfast at Country Vittles I drove east to the Cherokee Indian Reservation and on to the Smokey Mountain National Park. My plan was to go via the Blue Ridge Parkway but it was closed due to inclement weather.

In Cherokee there is a giant casino complex and Santa’s Land theme park. I think it was off season for both. Santa’s Land opened later in April which seems odd… The Pink Hotel made an impression even if it was also closed for the season.

Despite the low clouds and occasional showers there were some spectacular views. Even encountered a heard of large deer grazing roadside. There were many interesting things to see along the road but it was impossible to stop and photograph them.

Autumn colours in the Appalachians

A walk after work

Breakfast across the river