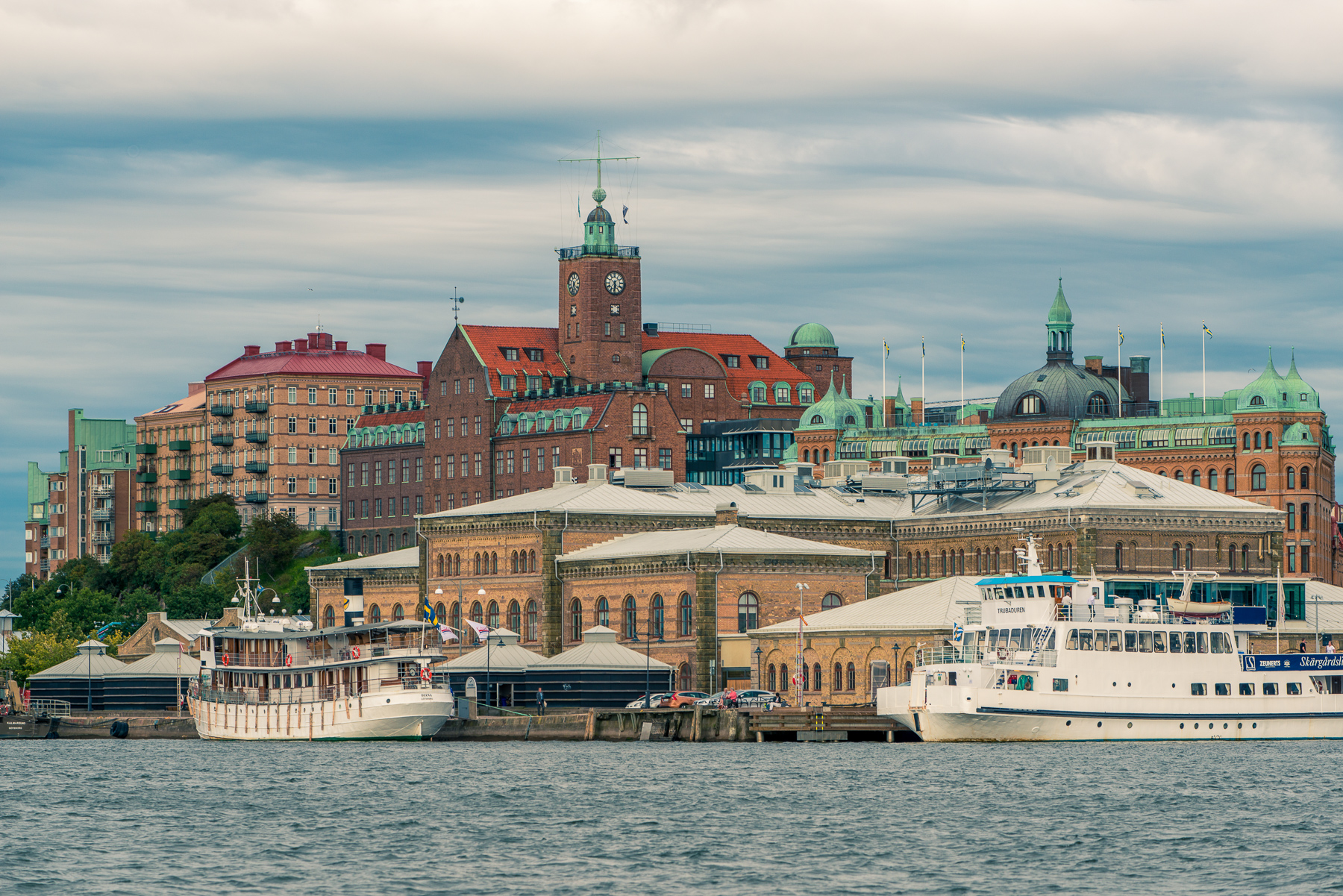 The Marine Officers School in the background and the Casino on Packhuskajen in the foreground.

Our good friends and former neighbours recently bought a boat after moving to an apartment by the Eriksberg dock. As a nice end to the first day back at work after the vacation they invited us to take a tour up the river to the Göta Älv bridge. A fantastic opportunity to take some unusual views of the city from the water. The same day the contract to replace the aging Göta Älv bridge was awarded to a consortium headed by Skanska. The new bridge should be in place 2020.

From the river you can see the contrast between the old Göteborg, scattered from Lilla Bommen and Göta Älv bridge in the east to Klippan and Älvsborg’s bridge in the west, and the new Göteborg growing rapidly on the north shore of the river where the shipyards once used to be and now replaced by science parks, hitech office buildings, and modern residential apartments.

Tractor day at Myckleby is back!