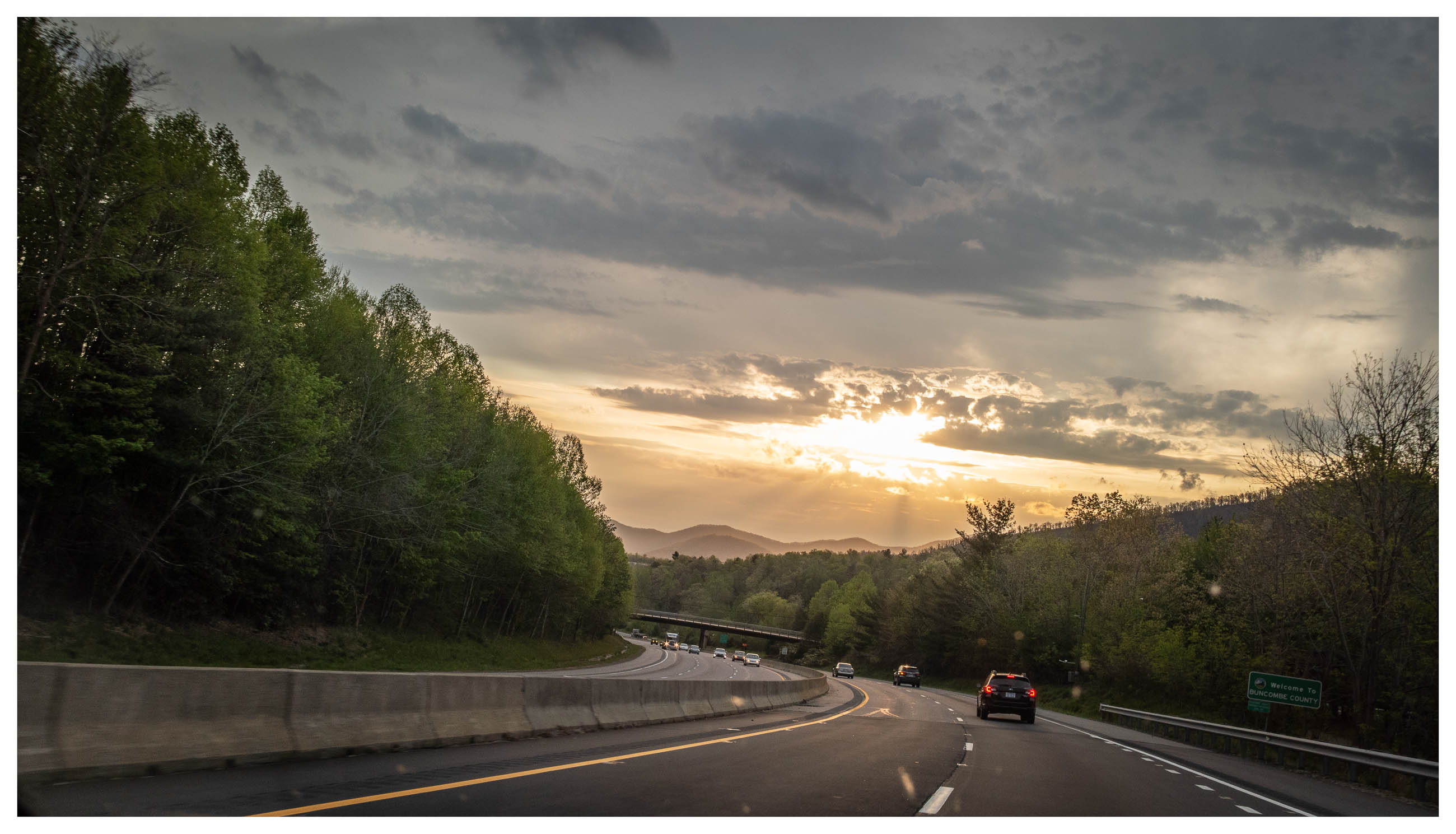 Shot with DxO ONE

Left the office at 5 pm on Friday and got in the car and drove west first to Asheville and the up to Kana’ti Lodge near Max Patch close to the Tennessee border. A little confusion over times and dates had me sitting alone in the dark for an hour or so but it all turned out well in the end. I had so be looking forward to this, even before I left Göteborg for Greensboro.

After a hearty breakfast and some directions from David at the Lodge I drove down the mountain to a park area with trails, a wonderful waterfall, and an elk meadow and some beaver dams. Didn’t see any beavers but a large elk eyed me off from across the pond before it meandered off into the distance. The birds are chirping and the leaves are sprouting just like at home but it’s different. It sounds different and it smells different. Reminds me more of Australia than of Sweden.

I continued down the mountain and up another valley to the town of Hot Springs. It has a spa with hot water from geothermal springs. There was some sort of festival going on at the spa but there were so many people I decided to give it a miss. Hot Springs also seems to be a meeting point for hikers doing the Appalachian Trail.

I had planned to catch the sunset from Max Patch but the sky wouldn’t clear despite a small thunder storm so there was no sunset. Instead I had a very nice dinner and conversation with my hosts, David and Jeanette, at the Kana’ti Lodge.

Autumn colours in the Appalachians