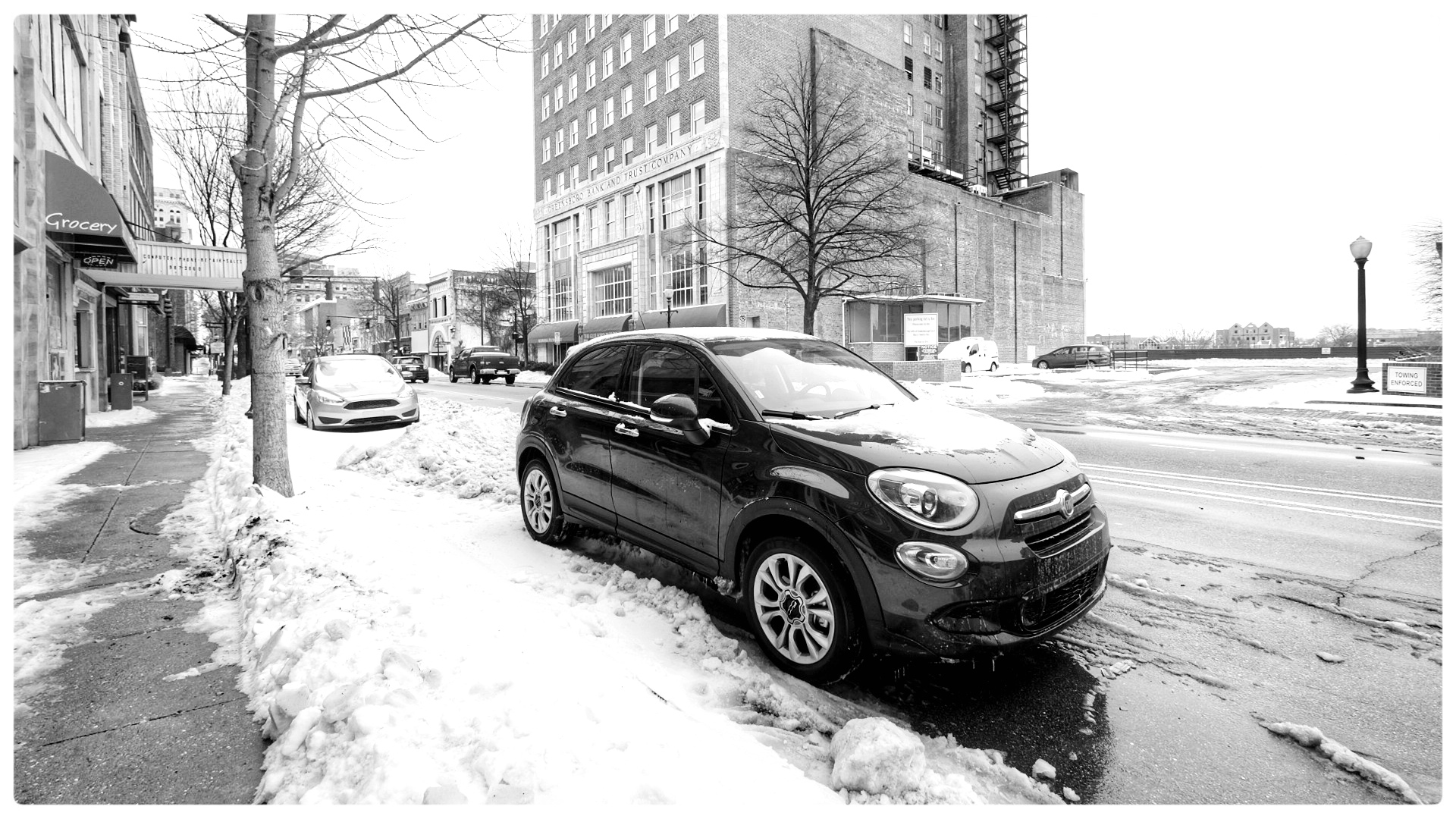 “Snowzilla”, the monster snow storm, passed over Greensboro yesterday on its way north east to Washington and New York. It snowed heavily for a while before turning to ice rain, something I have never encountered before. Icy, sleety roads and summer tires made for chaos in the traffic. In the end it was not so much snow, compared to what was coming down further north, but the traffic conditions made the authorities declare a state of emergency.

Today I took a drive into downtown Greensboro to visit my favourite book store. The main roads were cleared but smaller side roads were still snowed under. Hardly any cars other than snow clearing vehicles. After the book store I took a walk down Elm Street and took some pictures. It was quite desolate, hardly any people about.