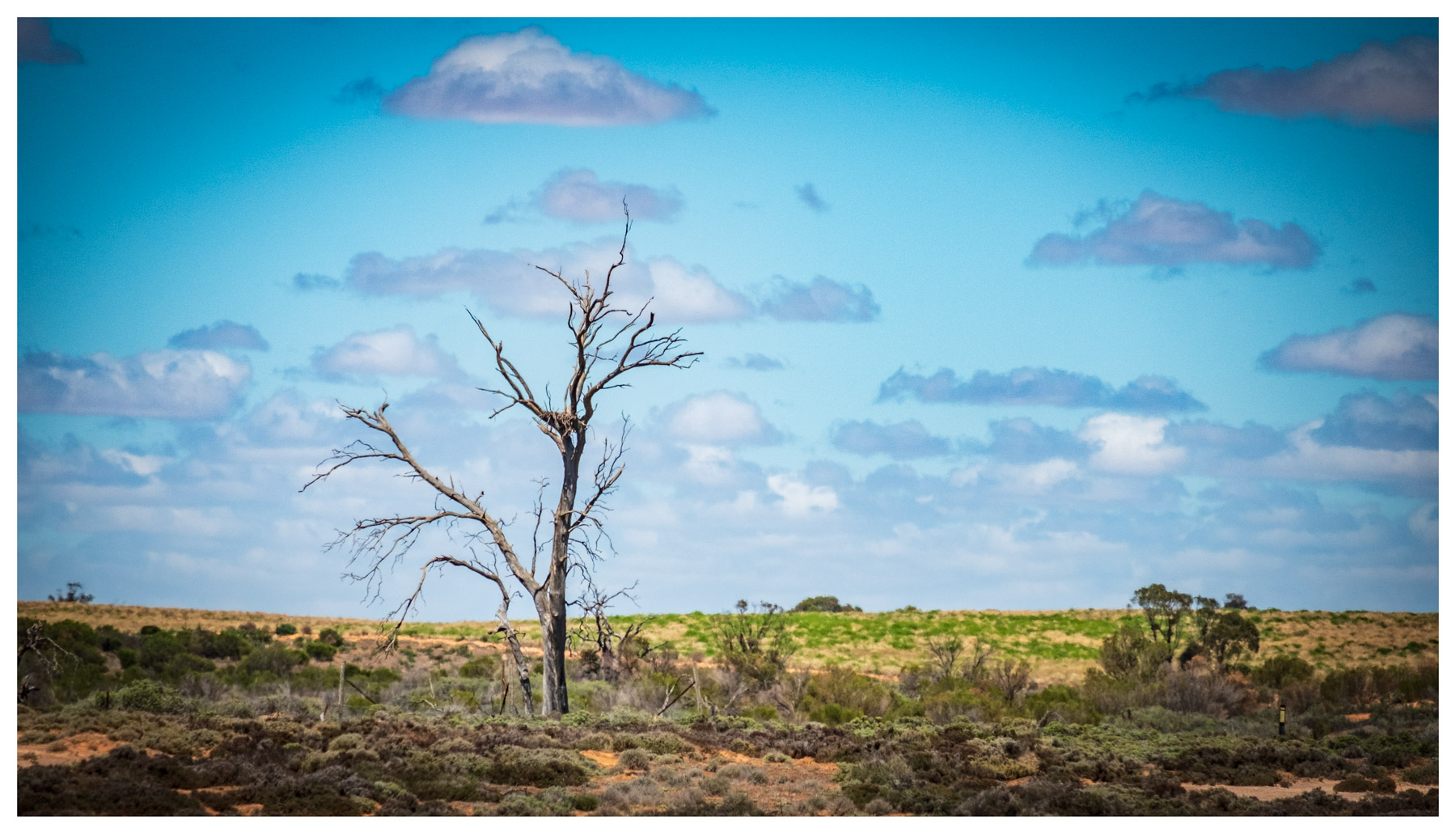 The drive from Hay to Adelaide is about 650 km, most of them passing through nothing. The Hay Plains are dead flat and feel almost surreal. Tried to capture the feeling with camera but it was impossible. The road is mostly dead straights with a few turns thrown in to keep you awake. Passed some salt pans whose high salinity make them almost a luminous pink. Surprisingly little traffic as this is one of the main roads between two large Australian cities. A few road trains thunder by every now and then, and then there are the packed cars of families doing their Christmas trips probably to visit relatives (just like us).

We were lucky to have good weather and not too hot. It maxed out at 26°C in the early afternoon. We only stopped for food, fuel and bladder relief. Had lunch at Cobb’s Café in Murrayville close to the South Australian state border, where we had the car checked by the fruit quarantine officers.

In Adelaide we stay with my sister and her family just south the city centre. Great to catch up with them again, it’s been a while.