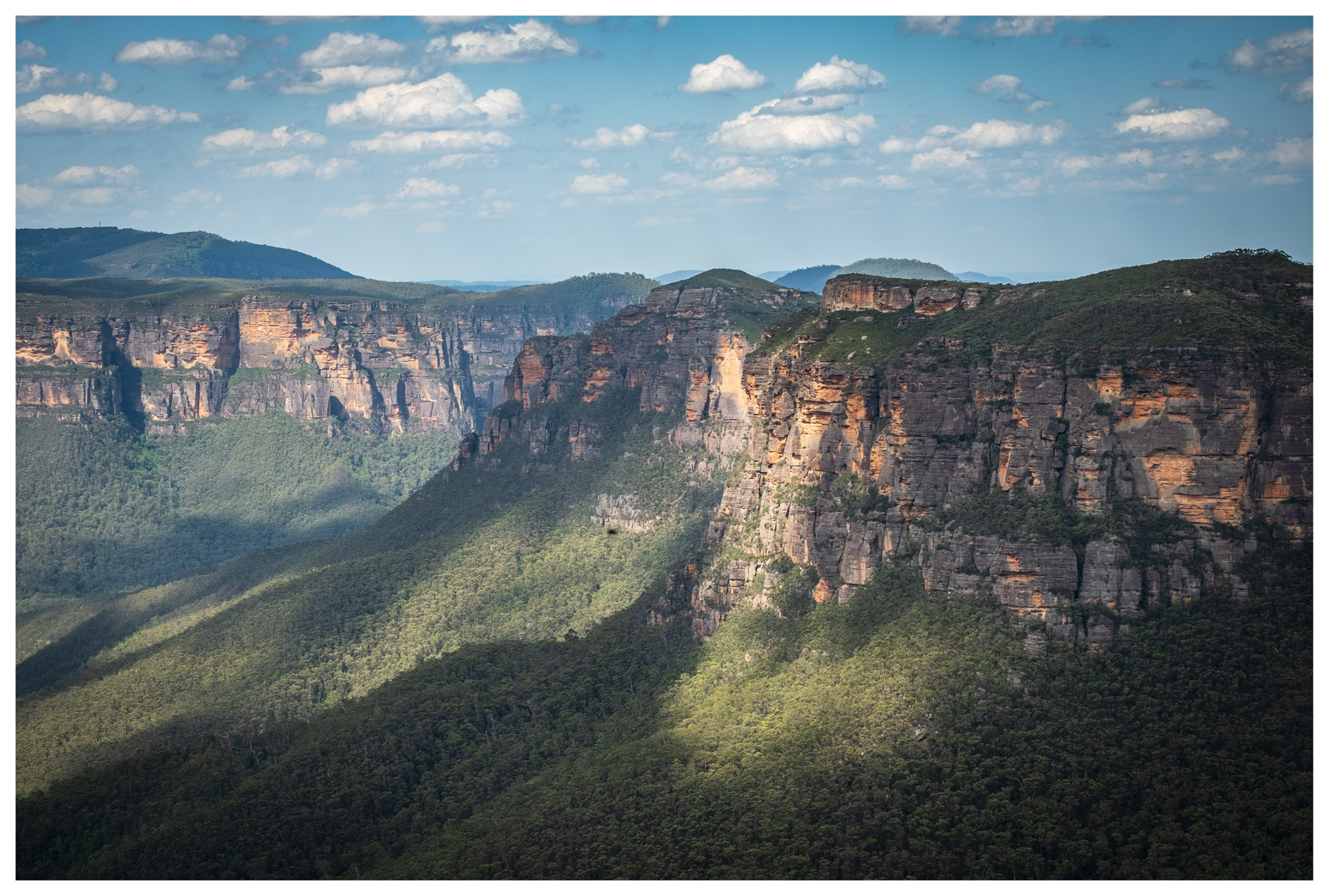 When we woke up this morning the fog had cleared and it was beautiful and sunny. Breakfast on the porch of our Airbnb listening to the cockatoos screeching, the magpies warbling and a whole bunch of other strange birds doing their thing. Exotic to say the least.

When Peter arrived we headed off to Scenic World to go on the famous vertical railway and the cable cars. Lucky we were early because as the day went on the place filled up with (mainly) Chinese tourists and it got crowded in queues. Nice walk around the rain forest at the bottom and some spectacular views from the top.

Went into downtown Katoomba and had some lunch and did some shopping before heading off to Evan’s Lookout for some more views and some serious walking down a path leading to the bottom. Only got a quarter of the way, according to Pete, before making a treacherous track back up all the stairs again.

A barbie at the Airbnb and some Hunter Valley Cab Sav as a major thunderstorm rolled in. Watched some amazing cloud formations before the rain forced us inside.